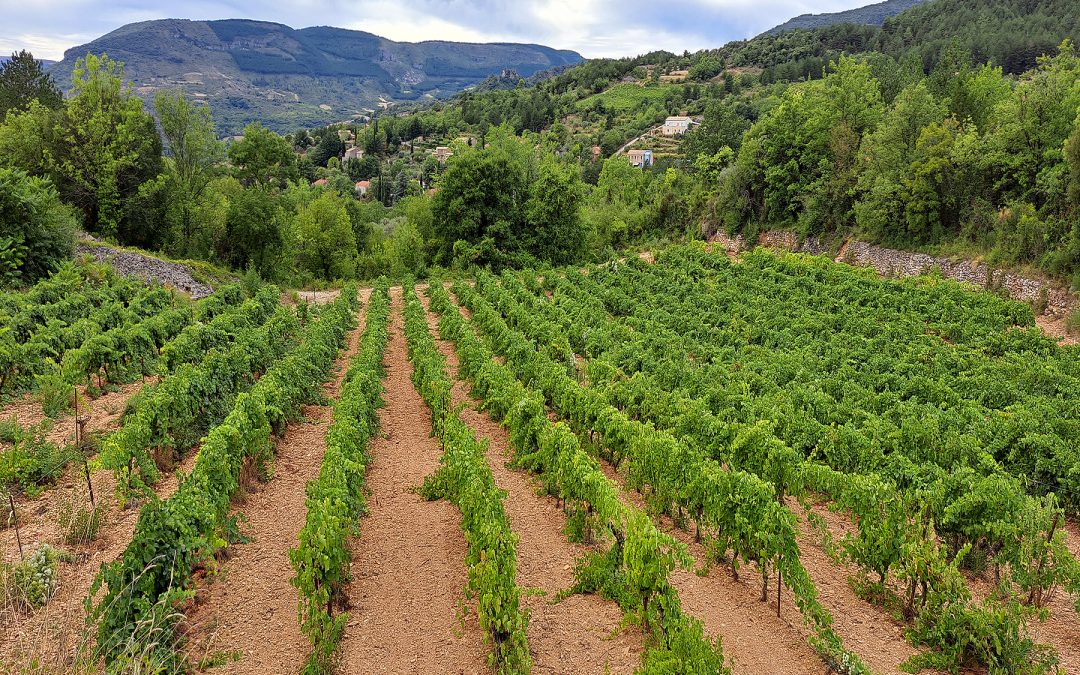 After our Daumas Gassac experience, we opened several nice old bottles of wine at Les Oliviers, mainly from Jim’s cellar which has a secret location at the bottom of the chest of drawers in the second bedroom. He was worried that it had been raided in his absence, but this turned out to be a false alarm.

Several memorable bottles. An 11 year old Bordeaux from Moulis, one of the best wines that I have drunk. A 2013 Jonquieres La Baronnie which hadn’t suffered a bit from ageing. We have drunk a few bottles of Pegairolles de l’Escalette, including the 2020 and the more expensive 2017, so it was a treat to try the 2013 which had a much richer peppery taste than the more recent vintages.

We tried several good wines from Faugeres, including the Peyresgrandes from Benezech-Boudin, and also opened the Domaine de l’Aster from Pezenas, a 2016 wine which turned out to be much better than I expected.

These have all been accompanied by good barbecues, still evenings and good charcoal, and we had a memorable meal of two saucisses and two lots of Aligot, with a nice tomato salad, accompanied by several bottles of Pegairolles de l’Escalette and Mas Fabregous.

Well, definitely, it has been “la vie en rose” for the last 2-3 weeks. I am looking forward to the drive back on Saturday and Sunday, it should be 4-5 hours each day which is not too tiring and (touch wood) the Renault will be fine despite the warning light, which has mysteriously gone out now that we have booked the car in for a second appointment. I am not planning too much over the next few days, and the loose plan is to go back via Menetou-Salon to add to our wine collection, and maybe also La Borne to see the pottery. Jim has been preparing a Jonquieres wine tasting for this evening.