Have Wheels, Will Travel

Our Satnav Madeline is our new best friend.

Dreux: Not exactly Paris, but not far off

Street theatre, a traffic jam in the precinct, punks with dogs

Down through the Gorges

Soubes: View from the Terrasse

Waking up with the old, familiar view

A quiet village with fresh water and fig trees

Lake Salagou and a disastrous meal at Octon

Dolomitic rocks and the taste of prehistory

Not so sweet for Cathars

The book quest stalls, but a good market

A new palette for the South

The weather gets cooler as the calendar turns a page

Flipo Chic and a Glass Fish

An ancient Priory in the hills outside Lodeve

We spent more time than expected at les Supermarches

French garages are so good with French cars

One of many Devil’s Bridges around the Languedoc

A pottery village breaking with tradition

Last time they thought we were farm-hands. All is forgiven

Rose, and more rose, and some very good reds

Fresh Pinot Noir and an amuse-bouche from heaven

Back on the Ferry

The Canadian memorial beach at Dieppe 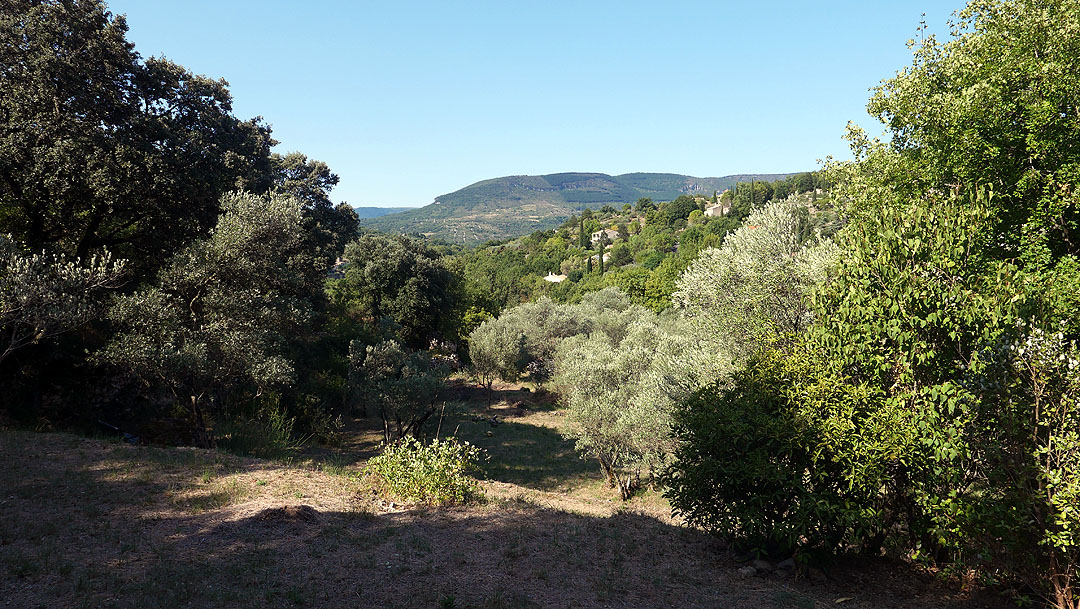 Back on the Ferry

The drive back was relaxed, as we had plenty of time. We got to Dieppe around 2 pm and after the usually faffing went down to the beach where the Canadians tried to land, just for half an hour or so before going onto the boat.

This week, we had Canadian friends staying and they were struck by the fact that you can get a boat from Newhaven to a place that seems quite connected with emotionally, he was saying he would love to go there.

We drove off to the village of Menetou Salon for dinner, at a place called Le Fluteau. I did not have terribly high hopes, it seemed friendly but rather plain. But the food was unbelievably good, with each dish tweaked by unexpected flavours, one of the best meals we have had in France in recent years, and definitely a notch up for the bar in Soubes. We had a tuna amuse-bouche, then a plate of charcuterie enlivened by a cup of sweet gazpacho, then steak for the main course but with a rich creamy sauce with dried morels, absolutely lovely. Jenny was able to drink Menetou Salon Pinot Noir, whereas sadly I was on the coke, but it was a truly memorable meal.

Before that, we went to the local Intermarche at Henrichemont, and topped up our wine stores for the journey back. It is a pleasant village, not exactly buzzing. The whole region feels like a backwater, less dry and less interesting than the Languedoc, but also without the opulence of Normandy.

Menetou Salon, at least at first glance, also had little to offer, but a pleasant laid back atmosphere. The wine is mainly from Pinot Noir, and the white is a typical light-bodied Loire wine, with Sancerre just down the road about 10 miles away. It would be a great place to explore for longer.

We drove back via the pottery village of La Borne, which is northeast of Bourges. The Jardin du Mala turned out to be excellent value, we had a large room with three beds, a brilliant modern shower, and looking onto the garden. This was € 105 per night for the three of us, including breakfast, and it would be just € 75 for a couple, so amazing value. Paule turned out to be quite nice, and offered her condolences for the death of our Queen as soon as we arrived. We had a nice breakfast with her jams and home-made bread, although I slightly missed croissants. The room was very atmospheric with terracotta stone floor tiles, wooden beams, and lots of ceramics from the village.

La Borne is set in the middle of a forest, and has more than a dozen wood kilns, lots of small ateliers and there is an annual firing in late October that I am seriously tempted to go down to. Not quite sure if it works for Jenny but it would be amazing.

We went first to the museum set in an old chapel with interesting videos of the firings in black and white, and more recent, but with a grainy mystery; and the ceramics included work by Vassil Ivanoff, who is related to someone Charlotte and Nick know. Before setting off for Dieppe on Sunday, we went down to his old house and studio, and Jenny bought a beautiful cup for Luke from the new potter who is working there. It felt very nice to link the past and present like this, somehow, and I was pleased that Luke was so pleased with the cup as I had broken the one he got the day before at the supermarket, by opening the door of our jam-packed car where it was teetering.

As for the ceramics, most of all I liked the large, olive / celadon coloured animal forms in the chapel, a large fish, weird cats and foxes and so on. But also some good abstract forms that made me think about going much bigger with my own pottery, I feel it is all so small and clunky, and I would love to do more expansive work, especially with an animistic and anthropomorphic kind of quality.

After the chapel, we went to the Contemporary Ceramics Centre which also had some amazing pieces. White, roughly glazed cubes and structural forms, lattice houses that felt like cakes about to crumble over, rock crystal geode forms that were cut up and then displayed separately, and rock panels joined together in strange organic earthy tepees. Really interesting.

In the village, there are something like 100 potters doing work, so we only haf time to scratch the surface, and our visit was partially guided by getting to the only outlet that sold Menetou Salon wine. This had some spectacular glass work, admittedly at eye-watering prices, but also a friendly atmosphere and Jenny loved the paintings which had a beautiful balance of people, subtle colour and mysterious washes that felt abstract and unresolved. It was rather frustrating not to be able to buy more. In fact, we went to one potter selling all sorts of mugs and carafes for next to nothing (at breakfast, one of the other guests said that by pooling the firing costs, they can afford to sell the pottery more cheaply, and it makes sense) but they only took cash, not cards! 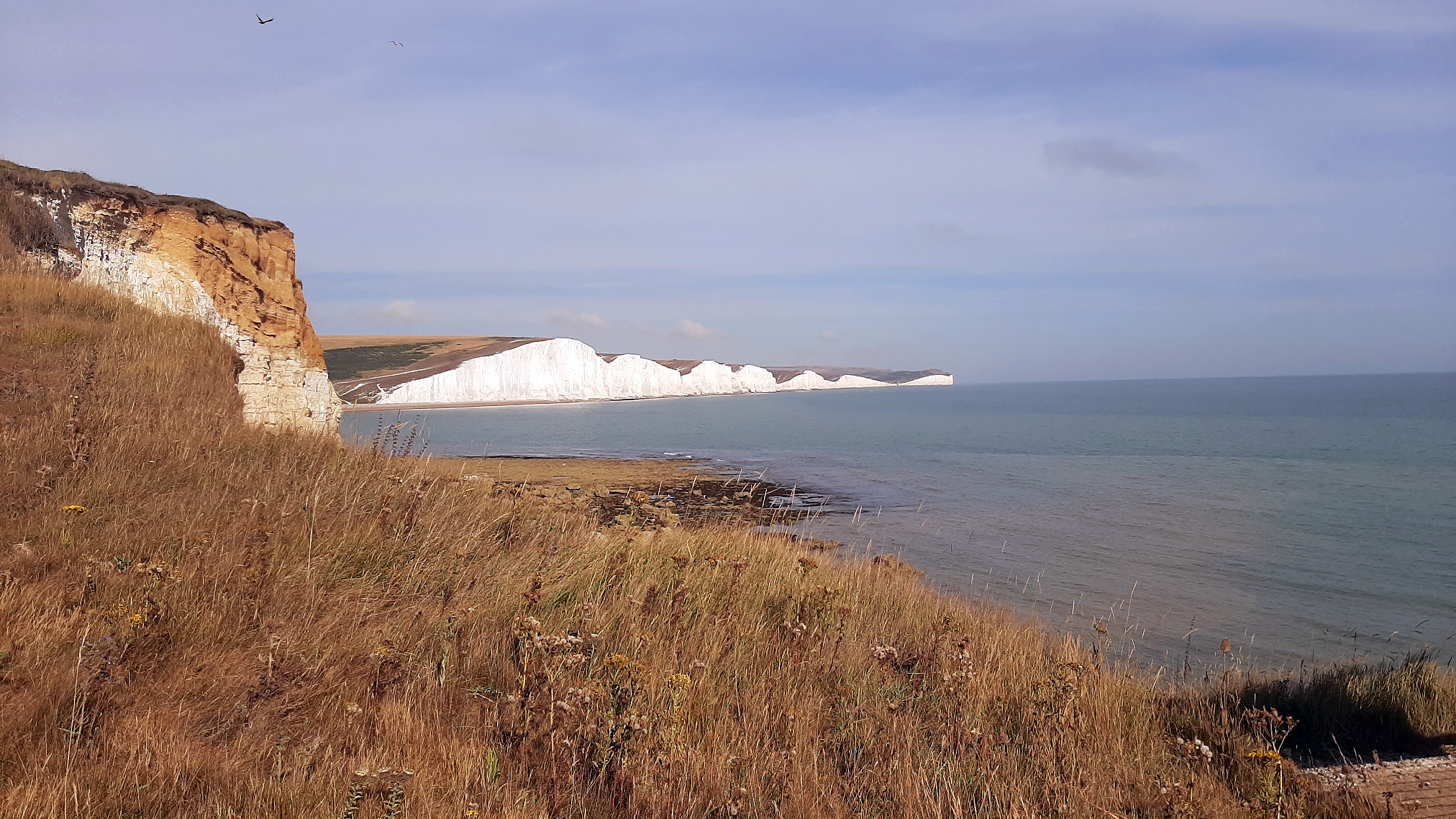 Hope Gap has been the topic of books and films. From the beach you can see see the Seven Sisters stretching all the way from Cuckmere Haven to Beachy Head.

Getting to know Macon

Mâcon We have been staying in the small city of Mâcon in southern Burgundy. Just down the road from our AirBnB, in Place de la Barre, is a statue of two workers carrying a huge basket of grapes. It was made by Pierre Alexandre Morlon. The sign under the statue... 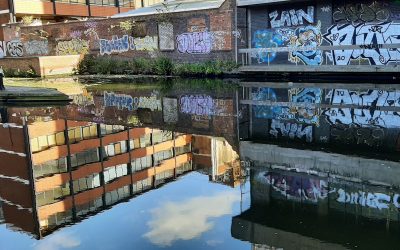 Along the Birmingham Canals 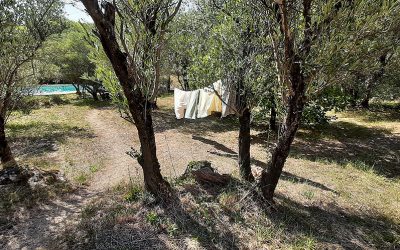 We drove to Soubes in Languedoc for our annual holiday in the south of France.

The hot springs at Polichnitou are a staggering 46 degrees C

The hot springs at Polichnitou are a staggering 46 degrees C

Hidden deep inside caves, art from 15,000 years ago and even earlier

At the mouth of the Douro river, the gateway to a world of food, wine and vibrant culture. 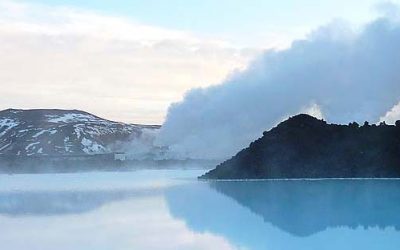 Far enough north to see the aurora borealis, you can bathe outside in the coldest winter 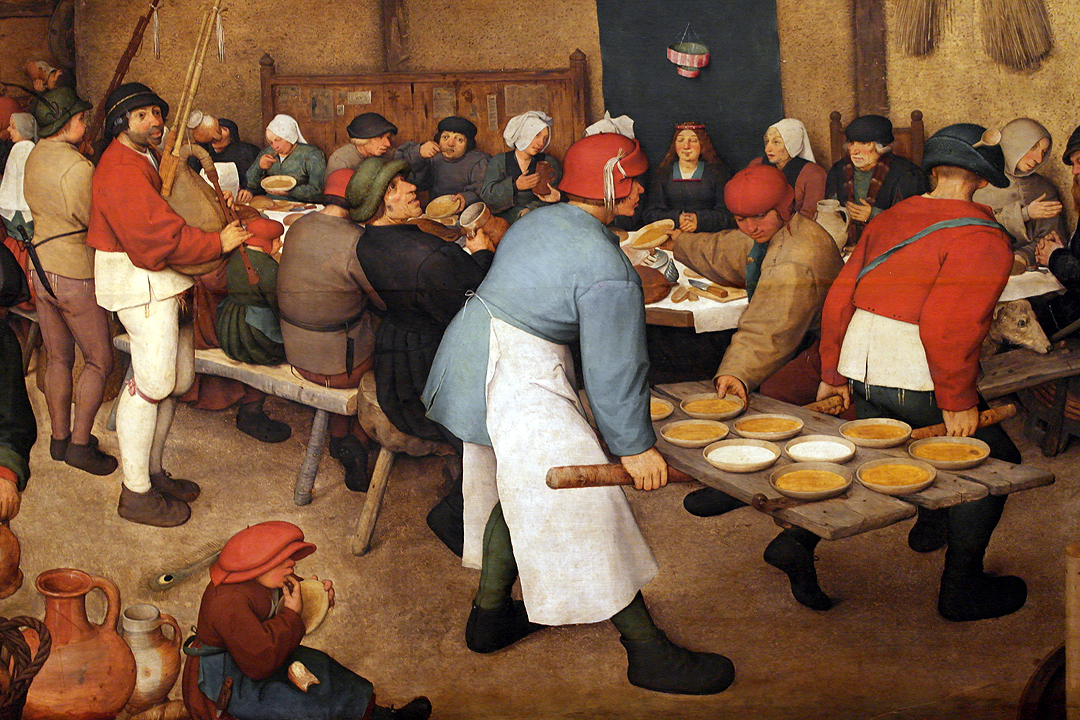 November 17 in Germany is a national day of mourning for everyone who has died in war or as a result of tyranny. The "national day of the dead" is respected across Germany as a stiller tag -- a day of quiet where it's not okay to play loud music and where, in some...

Diwali, also known as Deepavali, is the Hindu festival of lights. The festival celebrates the victory of light over darkness and symbolically, of good over evil. Diwali is an autumn festival in the northern hemisphere, and isassociated with firework displays as well...

As a child, I remember the Krampus in Bischofstetten, my home village in Austria. He was a scary figure. On Krampusnacht, on 5th December, the Eve of the Feast of St Nicholas, we would get to meet him. Oma and Opa, my grandparents, had a hayloft with recesses stained...

People across the Levantine Middle East eat a heavily-scented porridge called Burbura on 4th December, to celebrate the feast of St Barbara. The Eid al-Burbura is celebrated in Lebanon, Syria, Jordan and Palestine, as well as parts of Russia and Turkey. The... 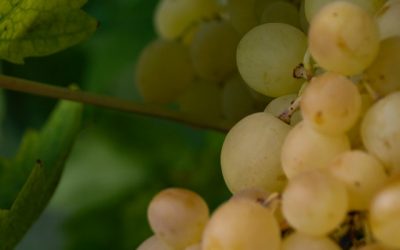 Muesli, skyr and blackberries. Couldn't be simpler and couldn't be better.

Day of the Tiger

International Tiger Day is an annual celebration that aims to raise awareness of the precarious position of tigers in their habitats, and the need for efforts to conserve tigers in their natural environment. Tiger Day started in 2010 when the Saint Petersburg Tiger...

Saint Anne is a saint celebrated in both Christianity and Islam. Apocryphal writings in both religions say that Anne was the mother of Mary and therefore the grandmother of Jesus, although she is not mentioned by name in either the Muslim holy book The Quran or the...

Obon  has been celebrated for more than  500 years across, although  it takes place at different times in different regions. It is a Buddhist festival to honor the spirits of one’s ancestors. This custom has evolved into a family reunion holiday during which people...

Eid al-Fitr (Arabic: عيد الفطر‎‎) is among the most improtant Muslim religious holidays. It marks the end of the Muslim Holy Month of Ramadan, and is celebrated by Muslims worldwide. Eid means "holiday" or "feast day" in Arabic, and Fitr means the "breaking of the...

On A Serious Note

Despite growing public concern, carbon emissions continue to rise. My book on Sustainable Transitions in Energy reflects the need to go electric.

The listings below contains blog updates on my initiation into cycling and the stages of my e-bike journey. 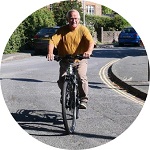 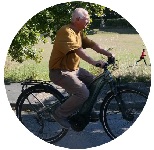 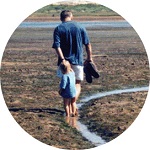