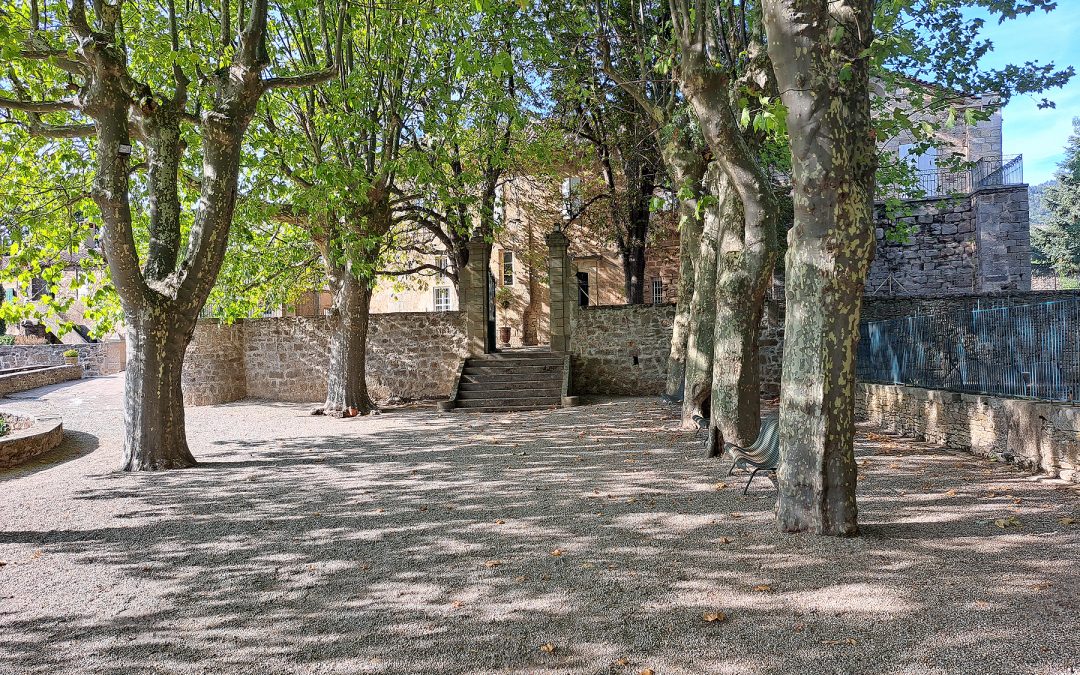 In the spirit of retracing our holiday steps and revisiting old haunts here, we drove up to Prieure Michel de Grandmont.  Again, we were last there 20 odd years ago with Emily a toddler. Jenny had a vague memory or her falling over and hurting her knee and we made a terrible fuss of her.

The drive up was beautiful through Fozieres, with incredible vistas over Soubes and Lodeve and a totally different perspective on our location, seeing the mountains and the dramatic cliffs towering above our little house.

There was a slightly wistful feeling about the place, no other tourists and the garden with the menhir was closed to visitors because of the recent heatwaves.  This seemed a somewhat unnecessary step but I suppose they were concerned about the risk of fire and are also keen to protect the place in whatever way they can.  The friendly lady in the shop pointed to a tree they had lost due to drought and said there had been fewer visitors this year because of the heat.  She said they would plant another tree to replace it but we both agreed it felt sad.

The place itself has a very calm and spiritual atmosphere, a 12th century church and cloisters but the menhir being evidence of a pre-historic presence.  There was a glade of plane trees, a green oak apparently 400 years old and we saw two stag deer head butting each other as they tried to get through the gateway that leads into the woods at the back.