Back in Austria after far too long 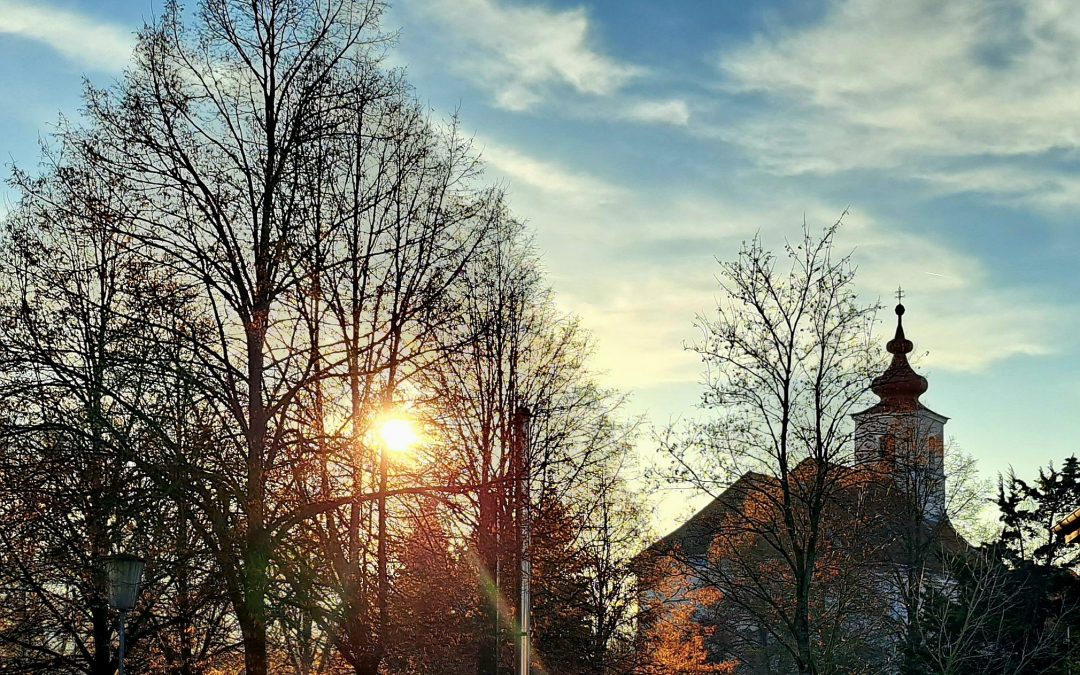 So happy to be in Austria again!

My flight was early and my first on Wizz Air. I wasn’t too sure what the name evoked in me, but it turned out to be a friendly and efficient service. I had bought a rather feminine new rucksack for the occassion, to meet the 40 x 30 x 20 cm restrictions stipulated on the ticket;  two pairs of socks, a change of underwear, a spare shirt in case the dress code turned formal; my laptop and the usual wires; notebooks and reading materials. My washbag was limited to toothbrush, toothpaste and a saftey razor.

My aunt and uncle met me at St Polten. The train from the airport was one of those huge trans-continental affairs with restaurant carriage and perhaps couchettes. I had befriended a lady from Laos on the platform, and then rescued her from being caught without the right ticket in First Class; she had been to a children’s relief aid conference in Innsbruck, and wanted to see as much of Vienna as she could in the seven hours before her flight. She was a short, plucky lady but when the train went past the Schwechat refinery, you could see the thoughts whirling in her head, like the reels on a one-armed bandit. I reassured her she was on the right train, but she was relieved when we stopped at Wien Hauptbahnhof, in what looked more like the Vienna she had expected from the postcards.

Seeing Inge and Walter again was wonderful. They are both in their 80s, and Inge had a bad fall earlier in the year, but they are fit and well, and amazingly mobile.

We jumped in their VW and headed straight to the local Billa. Essen essen, nicht vergessen was a familiar childhood adage, and I am pleased to say my aunt and uncle had kept their sense of priorities.