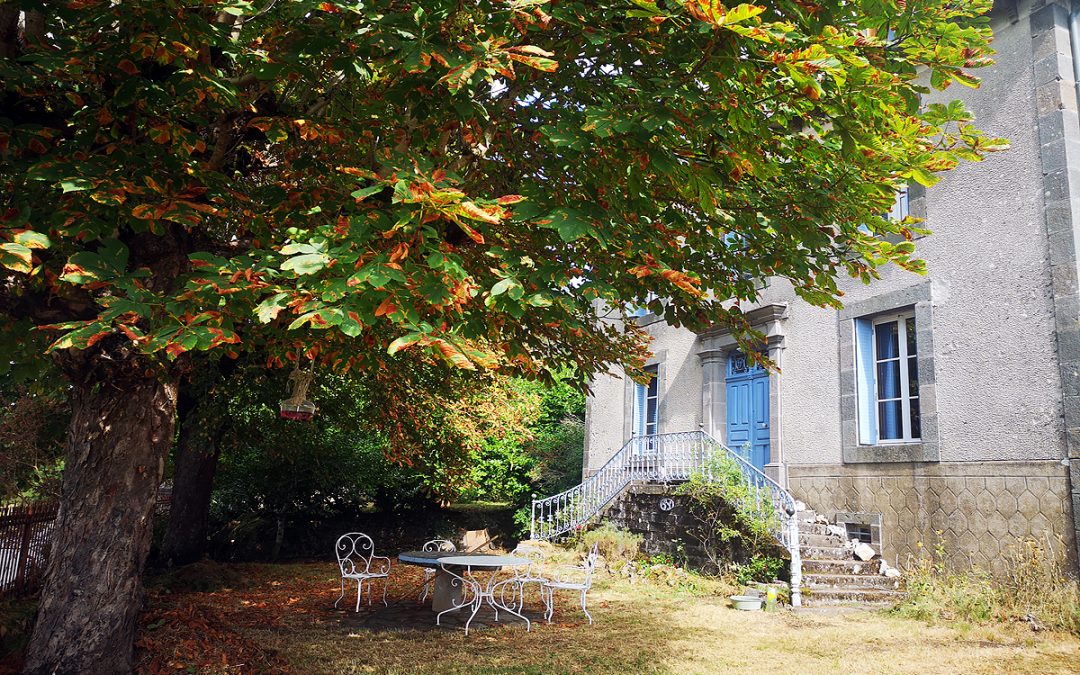 We headed on to Banilles, a long drive. I am definitely an Easywheeling type, rather than a Speedy Wheeling, so it took us 6-7 hours, leaving at around 11 am from Dreux. The low point of the journey was refuelling at a BP station for €2.02 per litre, with no Caisse so had to queue at the shop to pay for the gazole, and then car crash coffee. Much nicer was the aire further on where we stopped at an hour or two later, and had another little picnic.

It was wonderful to see Christophe again, who was with his 85-year old father, a charming man. We bought a bottle of Champagne and a bottle of Rully to celebrate his birthday. The usual fine food and hospitality that we have become accustomed to; I have been describing the house on Vivino as “the very upmarket Chateau Barret” and it really does live up to that. The house is a big square building from the mid 19th century, with an expansive garden and a very ancient but rather bedraggled chestnut tree. Banilles is pretty much in the middle of nowhere, and barely makes it to the SatNav map, but it’s incredibly quiet at night and you wake in the morning with the blue shutters lit up by the sun.

For supper this time we had Cantal veal served with Dauphinois potatoes, unusually followed by a green salad (an interesting variation on the Glucose Diet); and then Guy served up a selection of the most delicious icecreams: vanilla, noisette, strawberry ++ and then more wine and, finally, and also at Guy’s insistence, although I was easily persuaded, a Jamieson’s whisky. He is a lovely guy. We met maybe 30 years ago in either Beijing or Hong Hong, and I haven’t seen him since, but somehow he was just the same: friendly, joking, solicitous and fussing a bit over the guests. When we drank the Irish, Guy said: “Salud al Muerte y al dinero” (Greetings to Death and Money) as C’s Mum passed away three months ago.