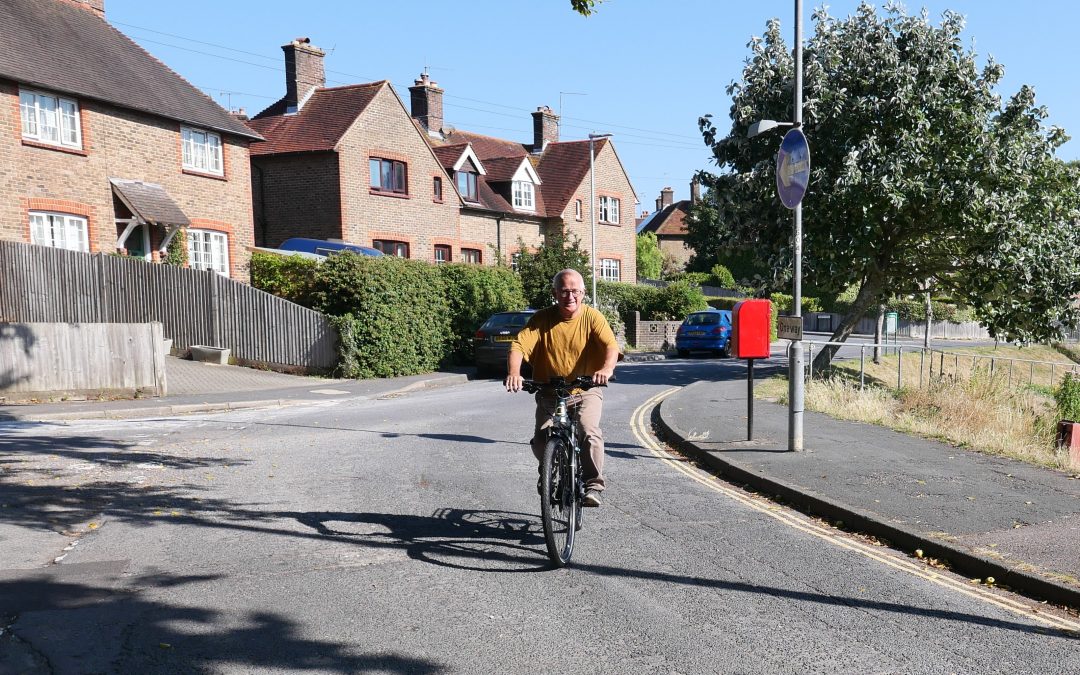 I have worked throughout my life as an energy journalist and analyst, and for the last year or so I have been writing a book on Sustainable Transitions in Energy. My plan this spring was to travel around Europe with my foodie wife, doing interviews during the day on the transition from fossil fuels such as coal, oil and gas to climate-friendly alternatives, and doing applied research on food and wine in the evenings. Then the Covid-19 pandemic struck and the UK went into lockdown.

One thing you should know: I love travel. I was born in Austria, lived my early years in Kenya and Tanzania, spent most of my teenage holidays in Libya, Malta and Italy, travelled wherever I could using the college travel grants available and after university, I worked in Singapore, Japan and Hong Kong and the Middle East. Most of this travel was by air, and when I got back to the UK, I was a frequent business traveller to all four corners of the world.

My carbon footprint was horrendous. I even remember doing a day-trip to Kazakhstan, landing at dawn, spending just a few hours in Almaty and then returning in the evening.

Obviously this was not a sustainable lifestyle.

By the end of the lockdown, my research had convinced me that The Energy Transition was not one thing, but a series of interlocking shifts that we need to make in how we do things, to ensure a sustainable future for ourselves and the planet.

It is obvious now that these changes can happen much quicker than anyone believed possible, provided there is the will to do so. During the lockdown, everything we had been told was impossible, or that could be done by 2050 at the earliest, had happened in a matter of just a few weeks: working from home, switching from business trips to Zoom, shopping once a week, buying locally, spending time with family, eating meals together, growing one’s own veg…

But this brief return to the Good Life threw up interesting differences of opinion about what lessons we should take from The Lockdown.

One group of my friends argued that society had not fallen apart because cars were off the roads and the oil price had dropped below zero. In their belief, the economic slowdown and negative GDP supported an agenda that was anti-capitalist, anti-globalisation and anti-corporate. Typically, these people made a case for economic deleveraging, Basic Income and a return to a simpler and more local society.

But I also had virtual chats with people in poor African countries where hydrocarbons had been discovered who were adamant that they wanted a better quality of life, and resented western neo-colonial attitudes that said the oil and gas should remain in the ground for “the good of the planet”. And I knew young people who were desperate to get out of the house, to get their lives back, to travel, to get jobs that would give them the freedom to do what they want, and to get on with their dreams. Typically, these people saw the crisis as negative, limiting their opportunities, isolating them, and they saw its economic consequences as a threat to their prosperity.

I was desperate to travel myself. But I share sympathy with both the camps above. I want to lead life with a more benign carbon footprint, but I also want to lead life to the full, and for me that involves travel. A life with no horizons isn’t really a life at all.

Wrestling with these weighty issues, I decided at the end of lockdown that e-mobility was the only way forward. Although I haven’t cycled regularly since University, I decided to buy an electric bike.

The biggest sustainable transition in energy will involve switching the world’s transport fleet — in particular, the one and a half billion cars and vans on the roads today — from gasoline and diesel to electric power. It is possible that zero or low carbon fuels such as LPG and hydrogen will play a part in this transition in transport, but most likely the switch will be to EVs of all sorts: e-bikes, e-scooters and electric cars.

I believe the goal of zero carbon energy is possible to achieve, certainly by 2050, perhaps even earlier. E-mobility will be a significant part of this. My e-bike is a mere drop in the ocean, of course, but it’s my compromise with the planet. This blog will tell you how I get on.