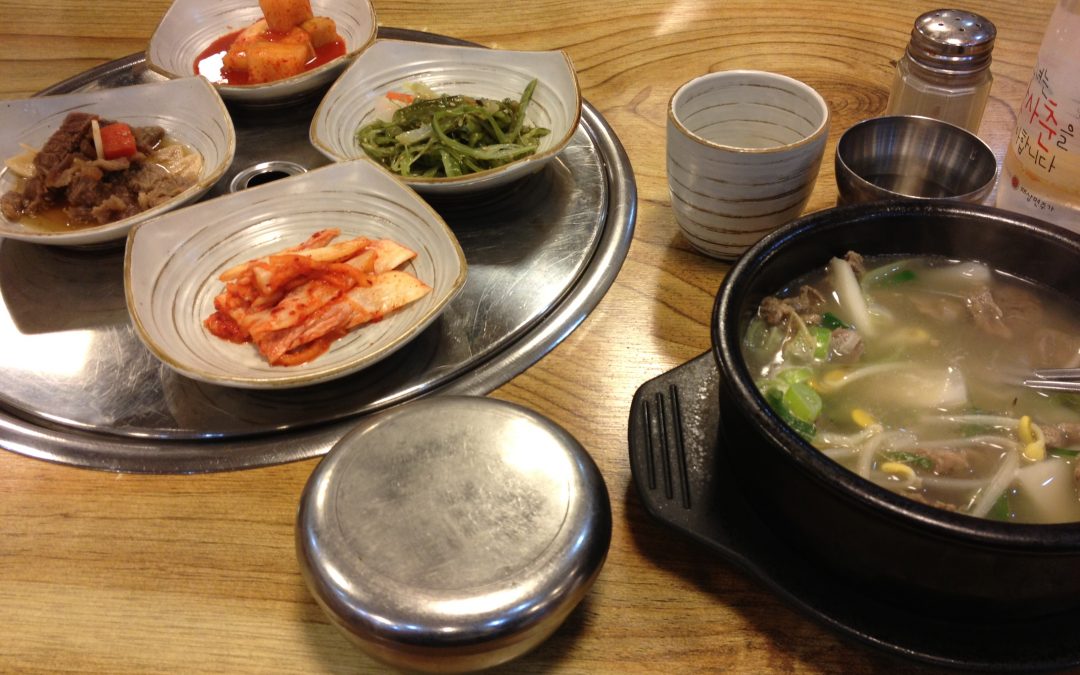 The neighbourhood around the hotel in the busy downtown area of Seoul was full of traditional restaurants. It was difficult to decide where to dine, but the one I chose  served traditional kimchi, a delicious soup with beef and ginseng, Korean tea, rice in the usual metal bowl, and as always metal chopsticks.

Korean food is eclectic, to say the least. Kimchi is served as a dish in itself, and consists of spicy pickled cabbage. The leaf is blanched, and then heavily spiced with garlic and a variety of spices that give it a reddish tinge. It’s delicious, but might take some getting used to for those with a tame palate.

Ginseng is also used in many dishes and is said to bring long life, health and virility to those who eat it. Ginseng is actually the root of a plant, and it looks weirdly like the lower half of a human body, giving it a certain mythic quality in food folklore. But does it taste good? That’s not so easy to answer. As with any food, it’s a question of taste.

Much the same might be said of various other Korean dishes, which include the meat of various animals not usually tasted by the Western palate, and a variety of dishes that use raw eggs as a significant part of their appeal.

One of the problems with getting to know Korean food is that menus are not often translated into English. This is starting to change. The Koreans are proud of their hangul script, which unlike Chinese and Japanese characters (known as Kanji) is actually pretty easy to learn. But the local diners will often help you choose something that suits Western tastes, and they love it if you are willing to try shochu, the strong spirit distilled from rice that is drunk as an accompaniment to most meals.