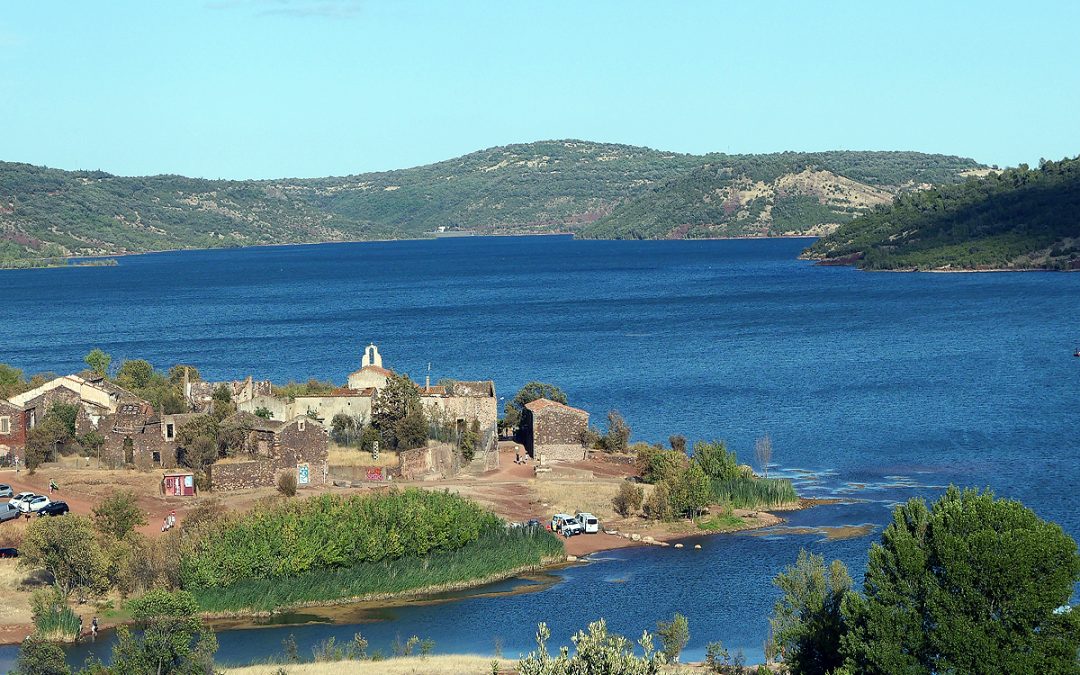 We had been hoping to find a back road from Lauroux to Salagou, but the road seems to lead north to Les Rives and instead we had to drive back to the A75 and turn off on the usual route.

We drove off through Celles by the side of the lake to Octon, and made an ad hoc decision to have lunch at a small bar/restaurant just opposite the Alimentation Generale and the Biblioteque. I think it was called Les Alondres. This turned out to be a complete disaster; terrible service, even worse food, and we left without paying after waiting for nearly 1.5 hours for nothing at all. The sign had said promisingly that the restaurant was named after the old Languedocien word for swallow, or “hirondelle”… anyway, it will go down in the livre d’or as a place of infamy.

Ironically, Octon is one of our favourite spots in the region, so it was disappointing to have such a bad experience there. The Cave Cooperative stands at the entrance to the village as you drive in by car, and there are several good wineries there, including Trois Terres and Mas de Chimeres.

We drove off feeling somewhat nauseous, through the very pretty village of Salasc. The soil here is dark red, as it is all around the lake, and people put their names in rocks with hearts in between, all very romantic. The landscape is very weird, harshly dry and with the red soil jarring with the yellow of dried grass and the white boulders. It looks ancient, but I think it is an artificial lake resulting from a deliberate policy to flood the surrounding area in the 1950s, as far as I remember.