Not so Smart City 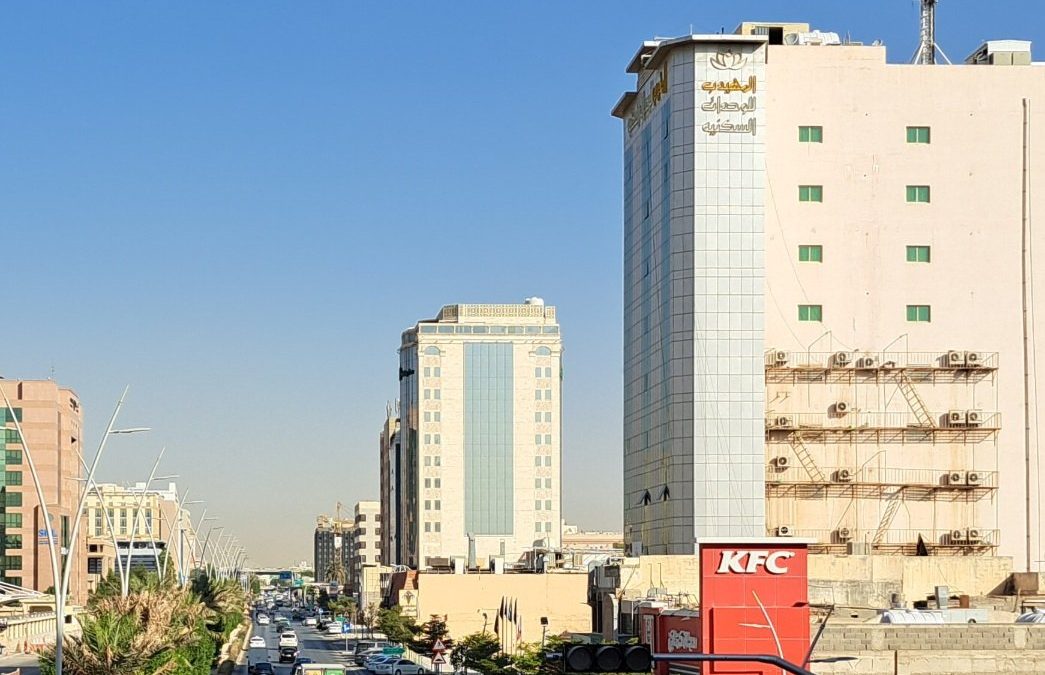 My hotel was on King Abdel Aziz Road, a main road that runs through the south of the city, not even one of the biggest. Night had fallen, and the cars streamed endlessly in the evening rush hour. They seemed quite oblivious of the pedestrian crossing on the edge of which I was standing, waiting for a safe time to cross. It took around 10 minutes for that moment to arrive, and even then it didn’t feel safe: the headlights of the cars dazzled, and it was impossible to accurately judge their distance from the crossing.

Luckily, I survived the evening, but I went out next morning to assess whether it would be easier to cross in the not so cold light of day.

The cars still streamed relentlessly past, parping their horns for no apparent reason, and I became aware that the thundering sound of traffic was so omnipresent that it became like a background murmur, even though it measured perhaps 60 decibels. It was the morning rush hour, and no gap in the traffic appeared that was wide enough for me to cross. I was just starting to imagine being stranded here between two roads when two or three locals arrived, looking rather dusty in their shawar kemiz and loose-fitting trousers. They eased themselves out into the road as the cars slowed momentarily, before putting the foot down on the gas pedal again. I was astute enough to follow them in their footsteps, but it was not something I would ever risk doing on my own.

Several hundred yards down the road, I noticed an ugly grey iron bridge.

This had not been prominent in the dark, but clearly the intention was that this should be used as a crossing point for the busy road. I decided to try it out. Noone else seemed to use it. I climbed the creaky steps and walked to the middle of the bridge where it straddled the dual carriageway. For some reason, I counted the cars: roughly one per second passed under the bridge in each direction. On my calculator, I did the sums: around 3 million cars would pass under the bridge in a single year. I tried to extend the calculation to account for the traffic on other similar main roads, but lost track quickly.

Riyadh is a city of about 7.5 million people. Many have migrated here from Bangladesh, Pakistan, Afghanistan, the Philippines and other relatively poor Asian countries. The Saudi-born citizens are typically wealthier, although nothing like as much as the extended Royal family that runs the country.

It became clear that walking is mostly an activity for the poorest. Almost everyone takes a taxi, or an Uber. My taxi drivers turned out to be fairly representative of the population: two Pashtun gentlemen from Peshawar, one of whom called me Brother at every opportunity; a Pakistani from Karachi, who insisted that his country was now safe from Taliban; a Bangladeshi who laughed frequently, and said his country was a haven of peace, unlike Pakistan. Business was good, one of them told me. He had spent three years in Singapore driving taxis, and never saved as much money as now. They all spoke in a clipped pidgin that consisted mainly of nouns and adjectives, with verbs usually in the infinitive form.

“Saudi good”. There was general consensus that things had changed tremendously in recent years, but I wasn’t so sure when I decided the next evening to walk to Al Mashal restaurant, which was listed on Google Maps as a half-hour walk from the hotel. I reached the huge roundabout that links King Abdul Aziz Road with Makkah al Mukarramah Road, the road to Mecca. The pavement disappeared into a road works that extended directly into the multiple lanes of traffic. It was completely impossible to cross.

This irritated me no end, so I decided to walk around the back streets and find somewhere else to cross. By now, I had been walking for about 45 minutes. I managed to get to a dual carriageway that ran under the gigantic overpass that led to Mecca. The first side was the intersection of two other roads, but I negotiated it fairly quickly; the other side was a different story. Why did the chicken cross the road? It is not a joke you could tell in Riyadh without calling into question the sanity of the chicken.

Walking under the Mecca road was like being in a dystopian movie. I could feel the weight of the eight lanes of traffic on the huge palm-shaped concrete blocks that held up the road, and the noise was a constant roar, muffled by the concrete but still probably 80 decibels. Noone at all was walking here; it was that scene you see in movies where the down and outs have gathered to live under a motorway, but it was a desert of dust and sterility. No trees, no birdlife, just the concrete and the roar of traffic.

The light was very weird, a pale yellow glow that lit up the concrete, but left the place feeling lifeless and artificial, which is what it was. I got through this central reservation and tried to cross the carriageway on the other side. More traffic thundering along with headlights, car in front in the cross-hairs, foot down on the gas pedal. It took me about 15 minutes to find a gap.

Sadly, Al Mashal did not live up to the promising descriptions on Google Maps. The signage was neon red, and the restaurant promised Authentic Indian and Chinese, rather than the local food I had been hoping for. Having crossed what seemed like two continents to get here, I had a brief moment. Why do I do this to myself? Why not just get a taxi like any normal person, and go to the Crown Plaza or the Marriott for a posh meal with a buffet?

Before I left the hotel, I had noticed on Google Maps what seemed like a small bakery nearby. So I set off in the direction of the Wooden Bakery, negotiating various low walls that seemed to have been built deliberately to thwart walkers, then across the forecourt of a petrol station, doing a roaring trade at that time of day. The bakery turned out to be a cavernous place, with breads from all around the world: French croissants, German dark bread, English Sourdough, local flatbread or Khubz, many others. The place seemed to be doing a roaring trade with European and Asian expatriates, most of whom looked as if they had driven or been chauffeured. I looked down at my brown leather boots, and they were covered with pus-yellow dust.