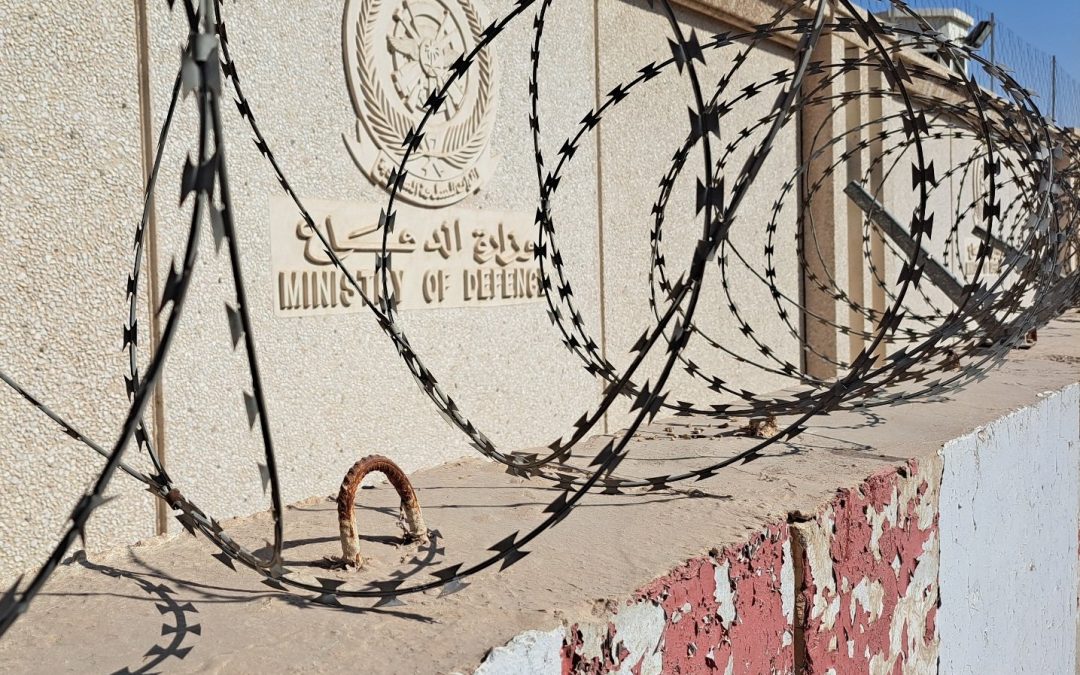 This is a dry and dusty city.

As we drove back from the airport, the sand hung above the road, and we drove through the stark sand coloured cutaways in the rock. My taxi driver communicated via Google Maps. It was a functional dialogue: I typed in the name of the hotel, and he drove me there. I kept looking at the yellow rockfaces that lined the road, hoping to find some archaeological clue that gave a sense of identity, but rock was all there was.

The buildings are faceless and gaunt. Whereas Dubai had felt like a crazy dream, a shambolic mix of icecream sundae and designer bling, Riyadh feels like a giant Amazon warehouse, but with people and cars rather than books and electronic devices. The malls are the same hard white or sand colour as the rocks along the roadside, and only the minarets of the mosques give variation to the skyline.

I quite like the place.  I asked my driver if  he was from the kingdom. He was a wizened small man with short grey hair and eyes that maybe were bright once. He shook his head. Pakistan. I asked, Karachi? He seemed quite happy that I had guessed that, but those were the only words we exchanged.

The airport had been given a makeover, with a water fountain in the middle of the arrivals hall before passport control, and a water feature that made you want to dive in immiediately. Gallons and gallons of clean, clear water, and the air in the immigration hall felt cooler for it.

In the past, I have visited Riyadh with a hard-to-get business visa, usually requiring three weeks and a visit to collect from the country’s UK embassy. This is a plush building, but dark and grim inside, down from Green Park tube in London. Now, the kingdom is open for tourism, and I had been granted a one year multiple entry visa after a fairly simple online application.  Now, the immigration official was a small lady in a black abaya, whose eyes darted brief glances at my face, before quickly returning to the passport. I could hardly believe it when she waved me through.

My bag, which had been loaded on the plane in London, arrived without any hitch. There was no customs check. As I walked past the uniformed officers who were relaxed, casual, chatting together in a group, I briefly regretted not having stashed a bottle of wine in my suitcase.