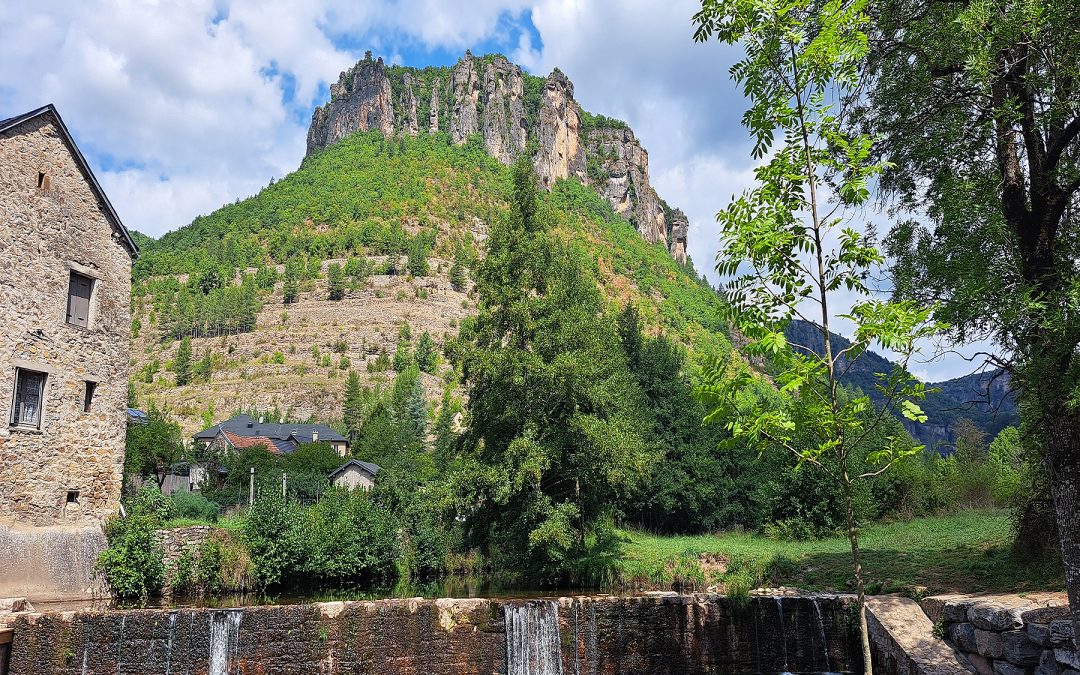 We decided to go to Treves the next day, despite the continuing threat of storms, and we had the most perfect day you can imagine, cloudy but all passing over to the east and we were able to swim and read on the grassy bank opposite the parking.

Treves is such an idyllic spot, and the water is cold but not icy, so it is incredibly relaxing to swim. I saw a small culevre in the water behind the main pool. There always seem to be new photos to take, even though nothing much has changed since we first went here maybe twenty years ago, and this time, I focussed on taking photos of the reflections in the water.

The river is called the Trevezel, and there are apparently good swimming spots all along it, although not something that we have explored yet.

The drive to Treves is via Nant and then St Jean de Bruel, another pretty village with a market. On the way back, we stopped at Nant, where we used to take the children swimming before the pool was built at the villa. Nant has really blossomed: there is a good pottery, interesting artists’ studios, and I went in the ancient church, which has a deep spiritual atmosphere, a remarkable crucifix and also a moving frieze at the front of the church of a foundering boat with the saintly crew looking heavenward, which made me think of asylum seekers.